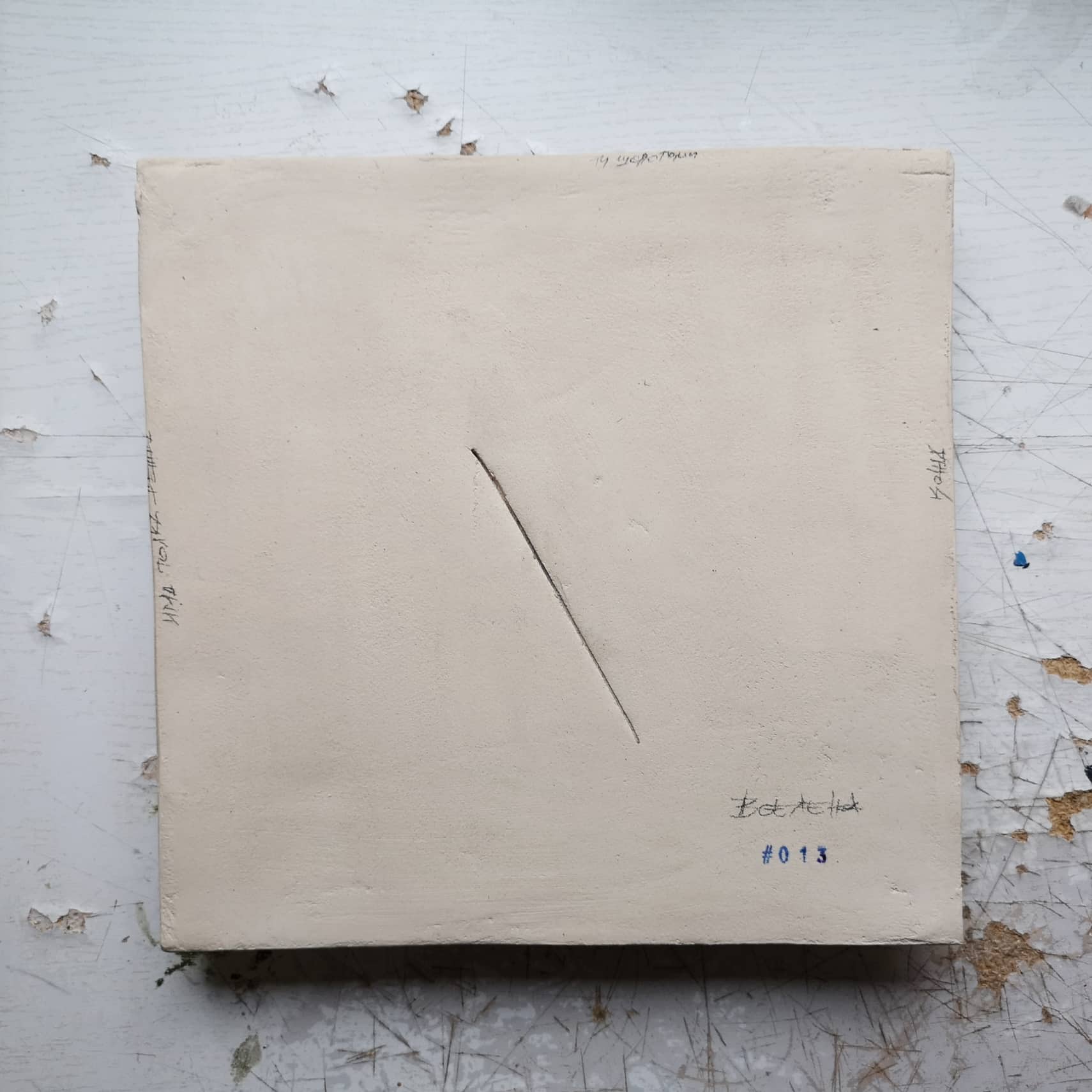 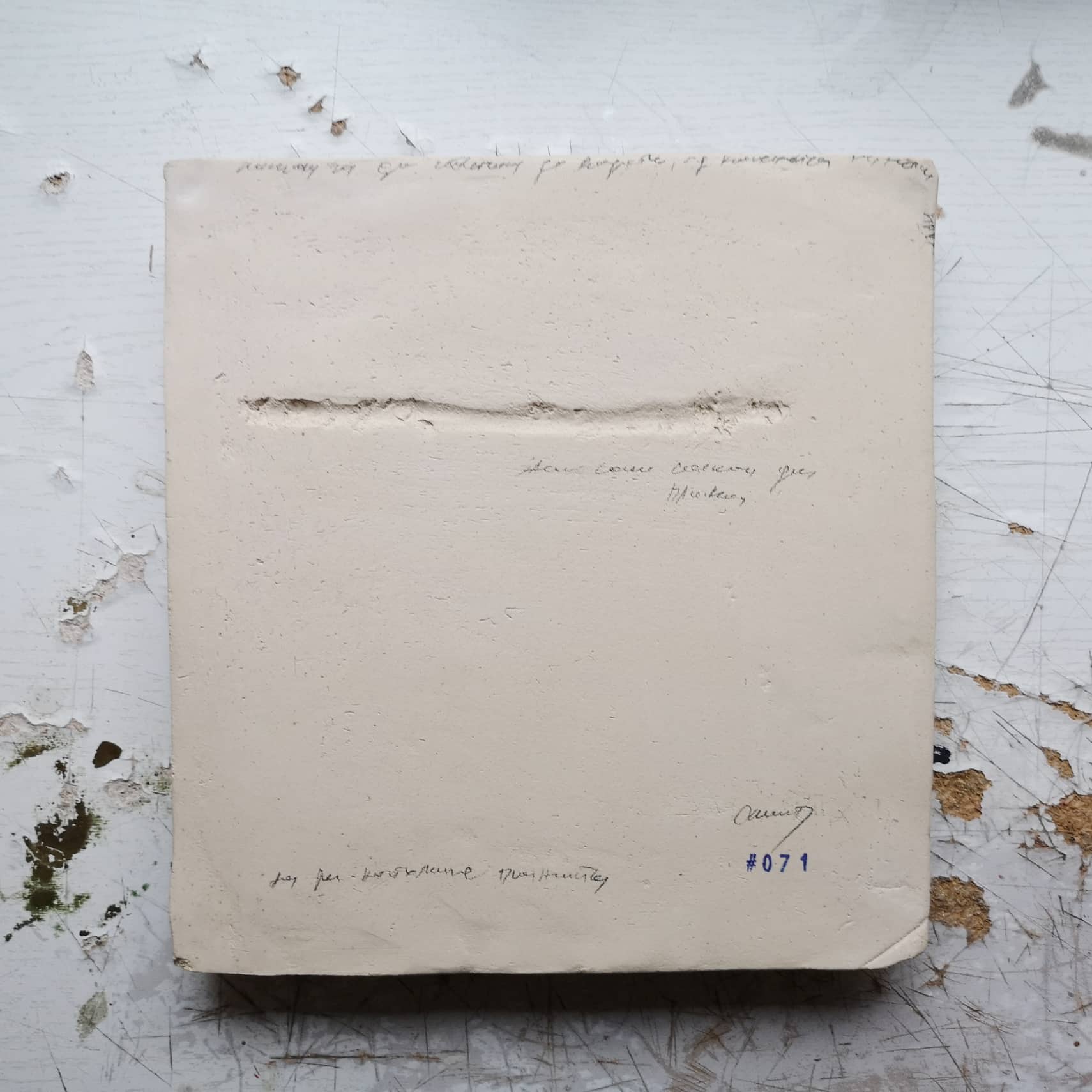 Aneta Popova - Squares of Being

Conceptual ceramic art. The notes of the ceramic artist Aneta Popova suggest a new approach to this medium, rich in simplicity. The exhibition was shown in the period 12.12.2019 – 14.12.2019

If you listen carefully, clay has a language whose dimensions are always stretching and expanding in more than three directions. Its “speech” has an endless visual and material narrative, which the Squares of Being are trying to reach and to bear witness to the clay’s human qualities. The Squares of Being are, in fact, a fragmented concept of human nature itself.

These flat square clay objects of twenty-five centimeters, are first experienced as a closed linear installation, with a strict and defined shape, that does not allow for further expansion. Set in a sequence, which surrounds the space, they gradually flow into the endless possibilities of one’s own existence. Then, their outlines are stretched and disappear into some new or rediscovered reality. The squares are segments of our human tissue with all its imperfections and all the prints that the movement of time scatters through our skin.

“Approaching. At the bottom clusters of fish, words and constellations of  red stars. On the shore – creases of sand.”

I have always tried to get close enough to the point where the human as a social being and the human simply as a living being, touch and merge. To feel the true pulse of a person united in one. Despite all my attempts to relate the oneness to myself, to connect, however, I have often felt divided, broken, split into fragments of different and separate realities. I will attribute that to my slight Asperger’s nature, though each of us, and you who are currently reading this text, is in a constant conflict with the two human realities, in an attempt to (re)construct a reality that will be considered our own. Doing so, we unite in connecting all the accumulated traces in the same complex collage.

The Squares of Being refer to those everyday collisions and the inevitably settled marks that both define and break our human form. Many of them are small but significant rebirths that we often overlook and forget. Clustered as spontaneous fragments, the elements have a rigid external but a rational language. Each of them is a marked record of existence, which opens its bright surface as a meditative space for reflection and self-knowledge.

Above all, the squares are visual artefacts, as well as poetic writings, which attempt to give us the opportunity to re-write ourselves, but also the world, using the intuitive methods of our ancient predecessors.

I would like the squares to be seen, felt, heard, like a small inner catharsis, that will trigger ripples of self – reflection. 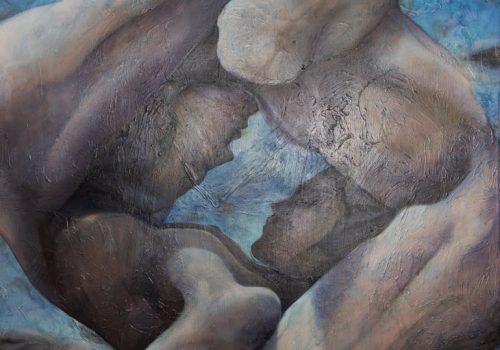 An artist from the youngest generation of graduates from the Faculty for Fine Arts in Skopje, is presented through his… 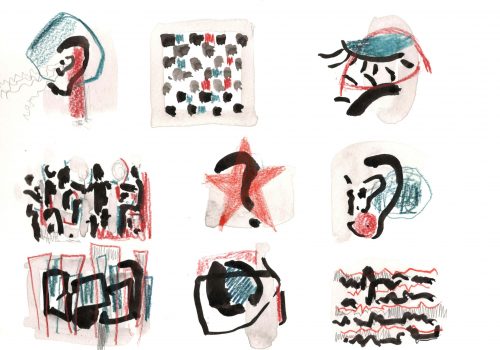 Croquis in the Garden

“Croquis in the Garden” was an art and literature workshop where in front of a live audience, ten artists made…

Emil and Toni Shulajkovski, twin brothers, present with their latest works in a cooperative exhibition. Shown in the period 22.02.2019… 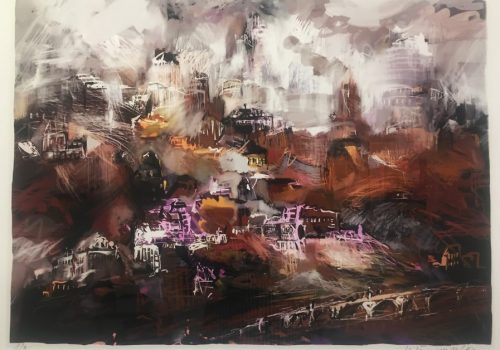 Ilija Penusliski is a prominent Macedonian artist. He presented his new artistic approach, digital drawing and a new series of…